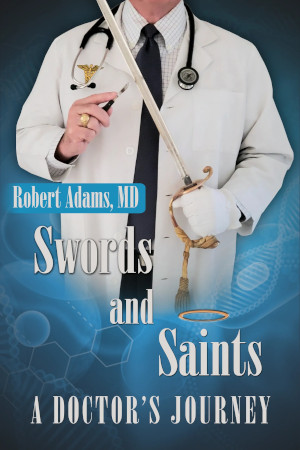 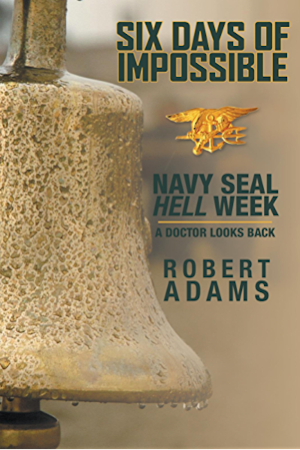 Navy SEAL Book Author: Colonel Robert Adams, MD, MBA finished UDT/SEAL training as class leader of BUD/S Class 81. He later became an Army physician and served in combat with the 82nd Airborne Division in Iraq, and the famed Army DELTA Force in unnamed countries around the world.  Dr. Adams applies his analytical skills to look back at the men that shivered and struggled through Hell Week together. He brings decades of insight, learned caring for others in combat and peacetime, to an insightful analysis of why the men of his BUD/S Class 81 achieved the improbable.

In his first book: Six Days of Impossible, A Doctor Looks Back… Hell Week has never been described so effectively. Six days in Hell define every SEAL that moves past the point of no return in their minds. Robert Adams, MD brings the experiences of his classmates into view with real, difficult to believe experiences, described in frightening detail by the men that lived through the frigid cold, filthy muddy days, and body destroying events of a winter Hell Week. Eleven of seventy men went on to graduate and serve over 40 years in almost every SEAL or UDT team with honor. Read their real time story and learn why these eleven men succeeded when so many others failed.

In his second book: Swords and Saints, A Doctor’s Journey… These stories from the life and medical career of a Navy SEAL – turned doctor – are surprising, riveting, and inspiring. A family physician delivering babies, managing disease and trauma, and dealing with death – discovers new dimensions when he goes to war in Iraq. Treating the military, civilians and their families, “Dr. Bob” experienced tremendous joy, unbearable heartache, and deep gratitude. He shares those emotional experiences in his deeply personal memoir, Swords and Saints, A Doctor’s Journey.

I recently ordered "Swords and Saints" a book by Robert Adams M.D. His first release "Six Days of Impossible" a personal account of Hell Week that our Navy Seals must endure to graduate was spell bounding. Swords and Saints was equally well written though a completely different genre. Dr. Adams carries you through his medical career from a Delta Force Surgeon to private practice in North Carolina. He details specific cases, in a language that I could understand. A must read.

My son is a SEAL, and now I understand what he has been trying to tell me about his achievement completing Hell Week and BUD/S. This book helped me look back on my own life and wonder if I did all I could. One of the three best books I ever read! Thank you.

Great book about a true family physician. Highly recommend. I wish there were more doctors like Dr Adams practising today.

The book gives another point of view that many other books don’t cover. In the other books I have read about BUDs Many of them tell the tale of a couple of the tadpoles and what their back story is. This book covered more on everyone and biggest challenges the wall that had to be faced to reach their limit,and find it, then crush it. The swim buddies who were not good swimmers with fins, but ended up being the only pair to complete the 2 mile swim! Great book.

5.0 out of 5 Stars: A Man’s passion and journey well worth reading about

This is a fast read about a man and his incredible journey called life. He unique stories as a Navy SEAL, businessman and ultimately a family practice physician are inspiring and educational His stories show us how to learn from the good, the bad and the trial and errors of our life. His insights into some of the most challenging careers give us insight and inspiration.

While a short read, this novel is very interesting and very well written. I've read many military novels, being retired military myself, and this is one of the better ones. It focuses on a very specific time in SEAL training, Hell Week, told by a physician who was there and analyzed Hell Week from that point of view, which was quite interesting.